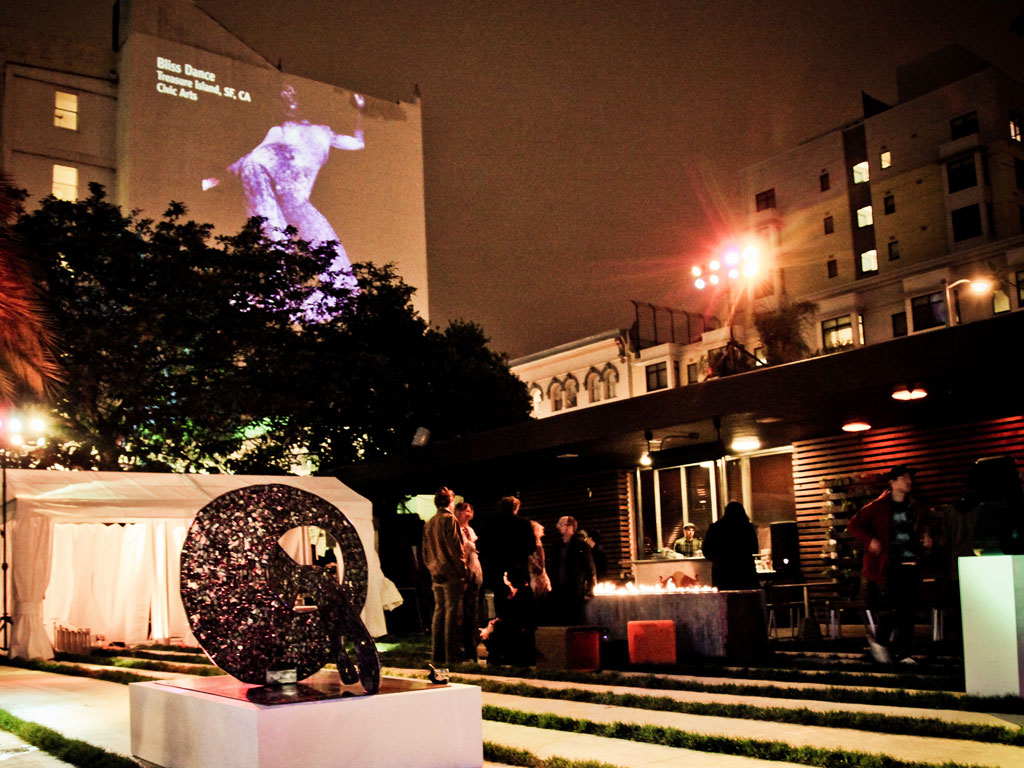 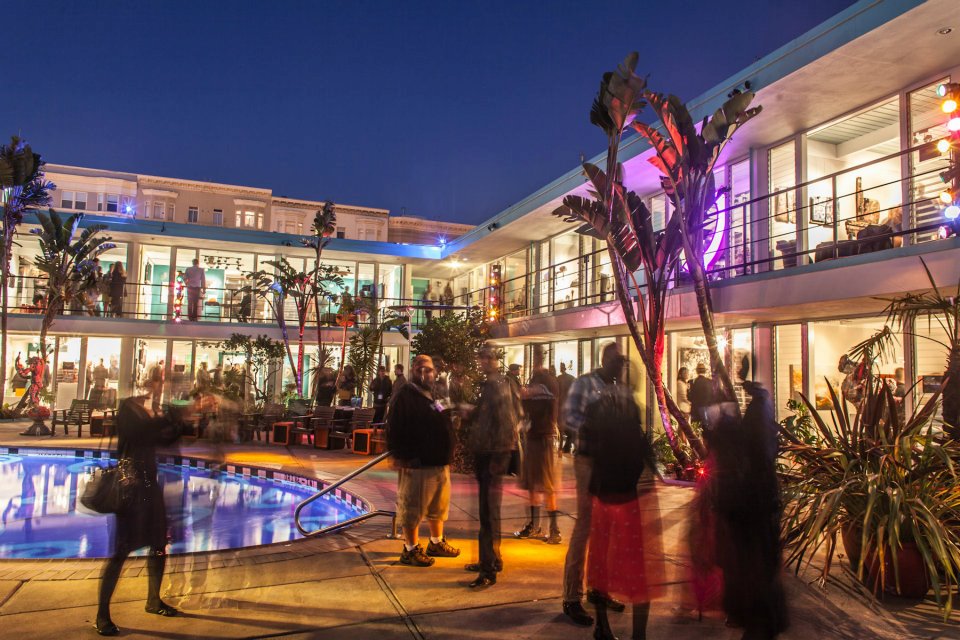 We are pleased to announce the third edition of ArtPadSF 2013 at the Phoenix Hotel happening May 16 to 19.

For the past two years Chip Conley, Founder and Executive Chairman of Joie De Vivre Hotels, has teamed up with ArtPadSF director, Maria Jenson, to launch ArtPadSF at the legendary Phoenix hotel on May 19th, 2011.

The debut edition of the art fair closed on a high note, causing a strong, positive stir in the world of fine art and culture. We attracted more than 9,000 attendees, and the local and national press lauded the fair as the place to be while reports of substantial art sales surfaced. Coverage of ArtPadSF appeared in many illustrious publications, such as The New York Times, Art in America, Art Ltd., Artillery, 7 x 7, Artnet and more. Leah Garchik of the SF Chronicle commented, “By the time we circled the top floor of Chip Conley’s Phoenix hotel, I was smiling at pretty much everything…Art was having a good time.” ArtPadSF has established a solid reputation by providing an opportunity for gallerists, collectors, curators, artists, critics and art lovers to experience the best of the emerging contemporary art market in an intimate and unique setting.

The Phoenix is located in the Tenderloin District of San Francisco, a hotbed for the city’s emerging artists. Perhaps the last frontier of SF’s ever-expanding gentrification trend, you can still stumble upon unpolished gems in the forms of incredible cooking, unpredictable bar scenes, mom-and-pop stores, great live music and a thriving art community. This area is also home to Twitter HQ, Grey Area Foundation for the Arts and Asian Art Museum, and is in close proximity to the most recognizable art institutions of the city, such as San Francisco Museum of Modern Art (SFMOMA) and the Yerba Buena Center for the Arts (YBCA).

It is our mission to serve new-on-the-scene galleries as well as highly regarded established galleries to introduce them to new collectors and audiences through our innovative programming and performances, collector tours, video screenings, installations, special events and panels. In ArtPadSF 2013 we will host 40 exciting national and international galleries. Feel free to contact us with any questions.

We look forward to seeing you in May!

Our May 16th opening night preview benefits the SFMOMA SECA Art Award exhibition with an evening of public programming in partnership with the museum. Since 1967, SFMOMA and its art interest group Society for the Encouragement of Contemporary Art Award program (SECA) has honored more than 70 Bay Area artists including D-L Alvarez, Tauba Auerbach, Kota Ezawa, Colter Jacobsen, Chris Johanson, Barry McGee, Mitzi Pederson, and Laurie Reid, among many others with this biennial award. ArtPadSF has partnered with SECA to support this important award program. This September the exhibition will feature off-site commissions by awardees Zarouhie Abdalian, Josh Faught, Jonn Herschend, and David Wilson. To learn more about the award program and SECA membership, visit SECA’s webpage.